This is the official track of Garfagnana EPIC 2016. The route will start and finish in Gallicano (LU) and will run in a clockwise direction.

After the first successful edition, which saw the participation of 116 mountain bikers from all over Italy, Garfagnana EPIC will be back on 4 and 5 June 2016.

The event, which has the peculiarity of not being a race, offers a fascinating and exciting journey to discover the Garfagnana and to discover a perfect combination of sport and nature.

The route includes 150 kilometers of trails between the Apuan Alps and the Tuscan-Emilian Apennines with a vertical drop of 5500 meters. Ideal for those who want to test themselves in an emotional environment, cycling in amazing nature, enjoy, after epic ascents, of breathtaking views and unwind with a tasting of local products.

Garfagnana Epic is divided in two days, starting June 4 from Gallicano (LU), where he will return on June 5.

A panoramic route in the heart of Garfagnana and a challenging course of over 150 km and 5500 meters vertical drop, two exciting days riding the mountain bike on 4 and 5 June, are the ingredients EPIC 2016.

The route is particularly varied and technical, develops alternating white roads, paths and short stretches of paved secondary roads through places of great value. From the town of Gallicano, starting point of the event, the small village of Palleroso can be reached via a paved road first and then along the paths through chestnut trees, to continue, the so-called path of the “100 steps”, towards Castelnuovo Garfagnana, the largest town in the area, located at the confluence of the river Serchio with the torrent of Turrite.

After Castelnuovo and coasted Pontecosi Lake, along the quaint railway bridge of Villa, continue towards Poggio, in the municipality of Camporgiano; from here, crossing the river Edron, you reach the village of Roccalberti, ancient castle of Fosdinovo Malaspina.

Along the white road, known as “the mushroom trail”, which leads first to the village of Roggio, in the municipality of Vagli di Sotto, then to Passo del Giovetto, privileged point of observation of the Apuan Alps, dominated by “his majesty” the Mount Pisanino.

After about one kilometer you reach Campocatino, charming place among the most beautiful of the Apuan at the foot of Mount Roccandagia, with large lawn originated from an ancient glacial basin. In this natural oasis, located and closed to the north by the peaks of Mount Pisanino and south of Mount Sumbra, a short refreshment stop waiting for the bikers.

It starts along a technical descent to the village of Gorfigliano and continue on the paved road through the towns of Gramolazzo, Castagnola and Agliano, flanked by the majestic presence of Mount Pisanino.

There is still much to pedaling, the EPIC continues on a white road to the Passo dei Carpinelli and Monte Argegna, where is located the Sanctuary of Our Lady of the Guard, prayer and pilgrimage destination. The path leads to the conquest of Monte Tondo, also called “Roof of Garfagnana” with its 1750 meters.

Along the paths CAI, initially through a picturesque beech forest and then along the slopes of Mount Scalocchi and Mount Ischia, you reach the Pradarena Pass, crossing the Apennines where Tuscany meets Emilia and in particular the Province of Lucca and Reggio Emilia.

From the Pass, following the path of the Duchess, it comes down to the Village Anemone, near the Lamastrone pond, a typical dinner garfagnina and overnight.

The first day EPIC is finished !! Ready, the next day, to face new beautiful trails gravel roads and Apennine paths.

You climb a few kilometers of paved road, in the direction to Pradarena, and then along a path that reaches a wide and picturesque area of pasture. Go through the villages of Rocca Soraggio, Villa Soraggio and Metello in the municipality of Sillano Giuncugnano, take a long, hard forest road to the mouth of Romecchio.

In front of the view it opens on the valley nestled among the highest peaks in the northern Apennines. To note the Cusna (mt. 2121), the highest peak of the Apennines Reggiano and Monte Prado (mt. 2054), the highest peak of Tuscany. Immersed in nature are exceeded Lama Lite Pass, the Forbici, Giovarello and roots and arrive at Passo del Lagadello, turning to the scenic dirt road leading to the “Tour of Hell”, where you see piles of stones that, according to legend, the pilgrims have carried on his shoulders to atone for their sins, “was the most serious sin, the heavier was the stone.”

It keeps the dirt for a few kilometers, we arrived at the Refuge “The Capraia Blades” begins the descent, with an alternation of single tracks and white roads, leading to Sillico, medieval village located on the Apennine slope of Garfagnana, in the Municipality Pieve Fosciana.

Through some technical trails of “GarfaEnduro” you reach Gallicano, where it is accomplished, even for 2016, the EPIC MTB challenge. 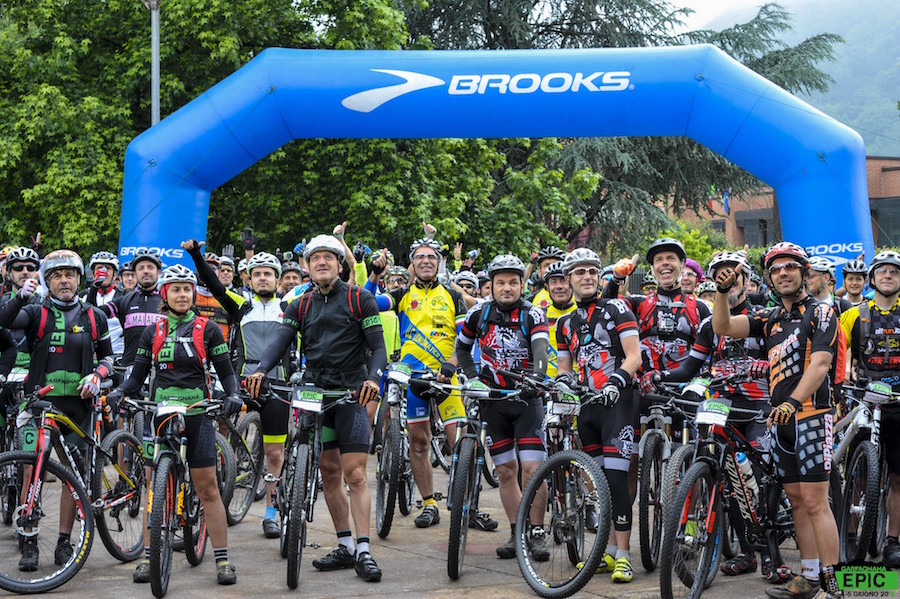 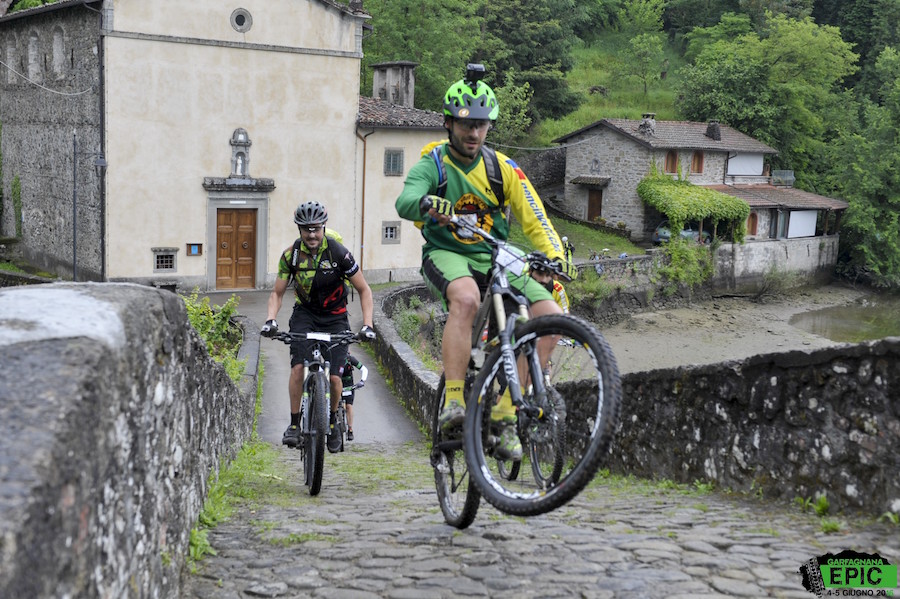 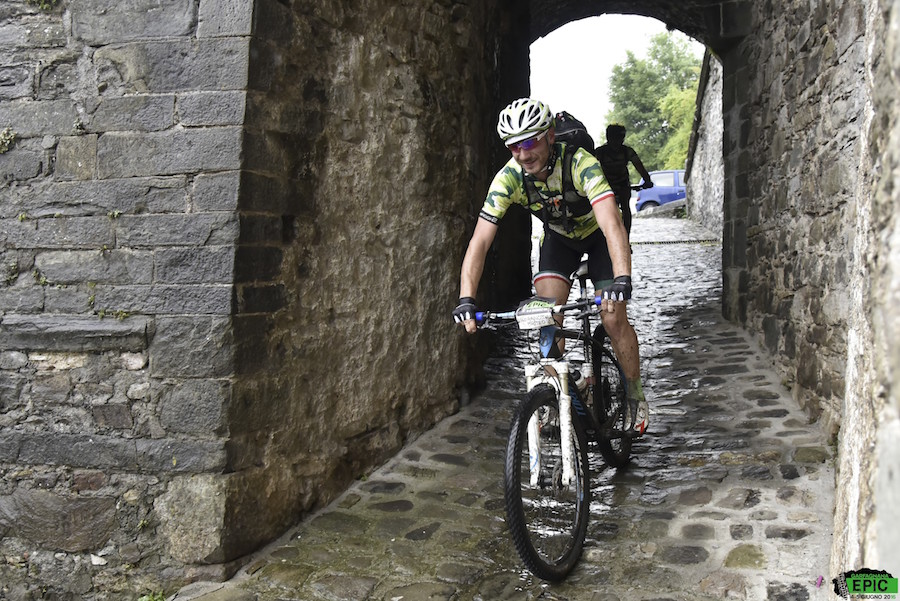 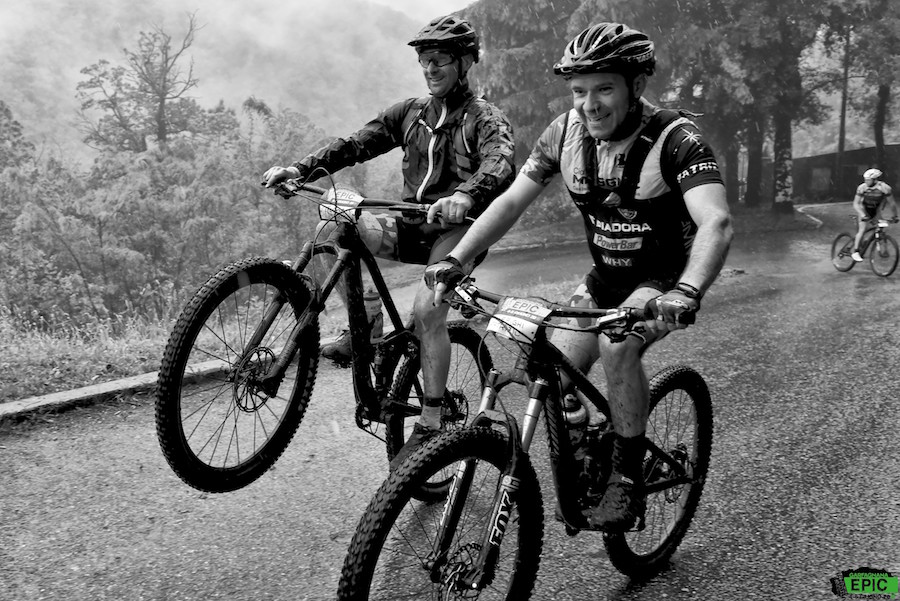 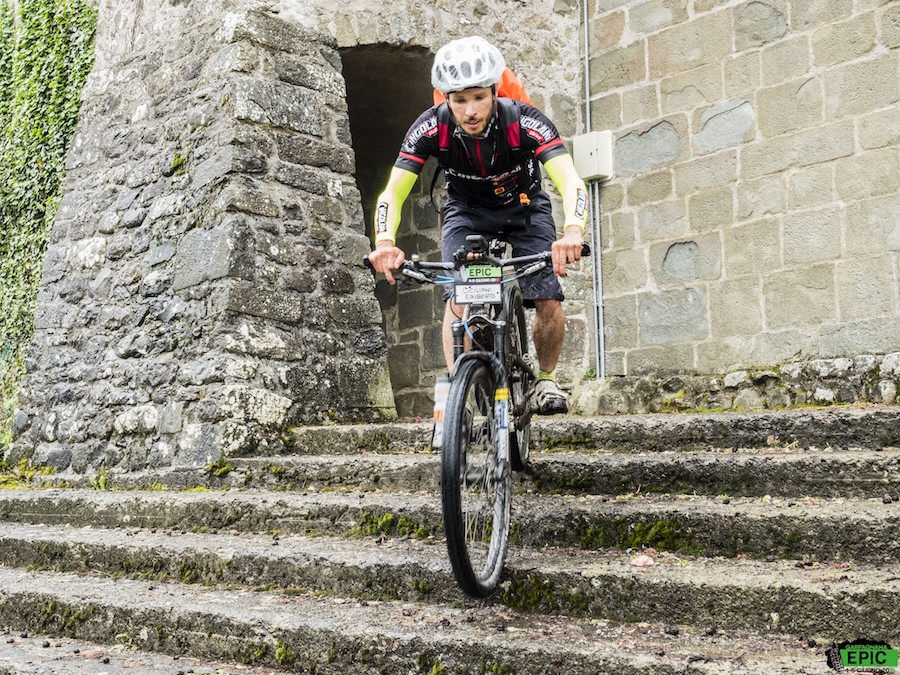 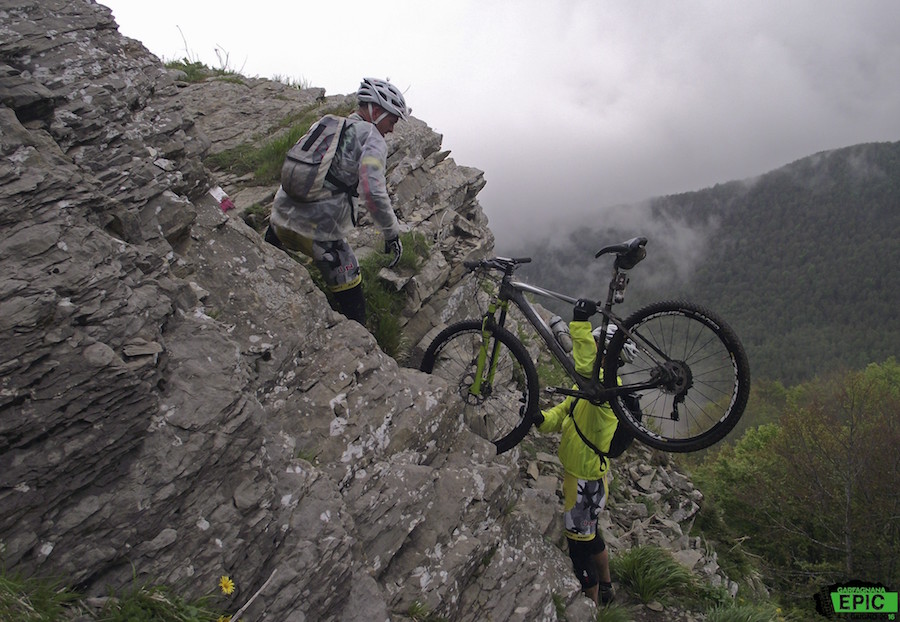 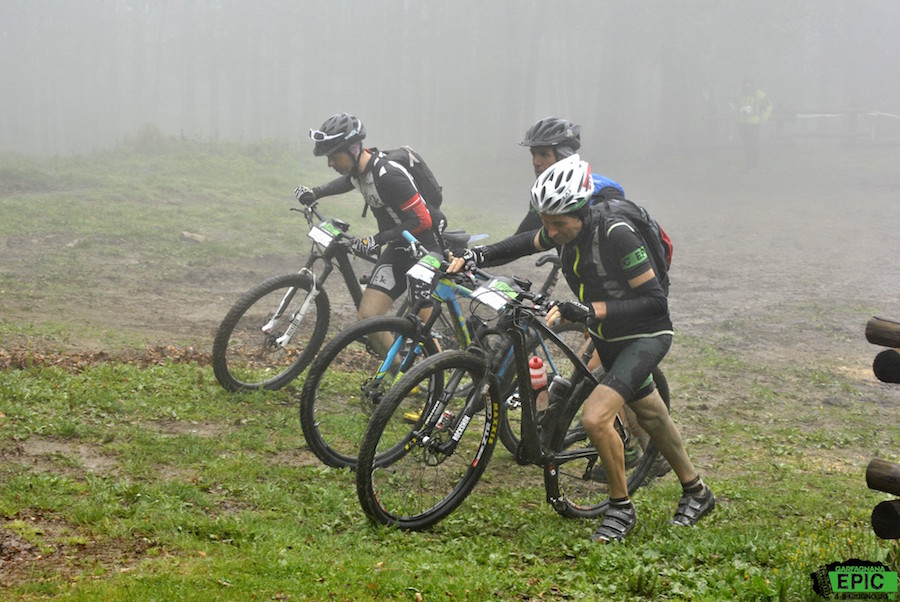 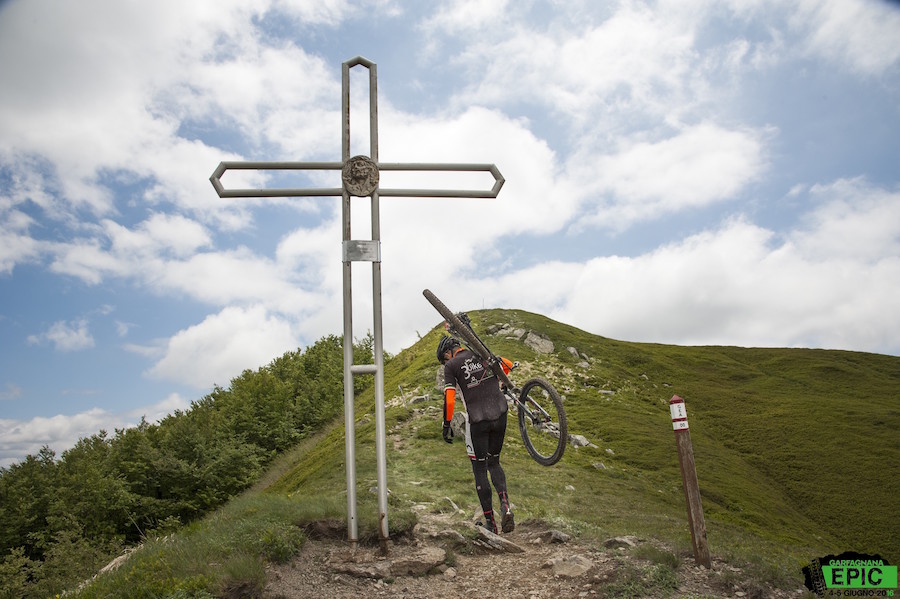